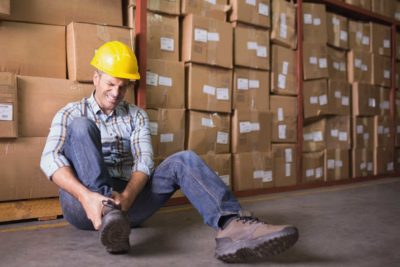 What if I got hurt at work?

When someone is injured in the workplace our society provides a different set of rules.  Workers’ compensation laws arose out of a long history of denials of worker rights.  You may have seen photos of the gruesome conditions of the workplaces during the industrial revolution or learned about the hundreds and thousands who died while building many of the famous bridges and buildings across the United States.  Originally it was very difficult, if not impossible, for a worker to prevail against his employer due to the application of a number of defenses.  Eventually, with much pressure from the people through unions and political action, the law was changed to provide a system of recovery for workers.  But once laws enabled workers to sue, employers and their insurance companies complained that the scales were tipped too much in the favor of the employee.  So once again the system was redrawn and the law was set up to try and create a more even system for both sides.

By 1949, every state had some sort of workers compensation act.  One of the most important rules in workers’ comp is that you must go through the workers’ comp system and cannot sue your employer, except in very extreme cases.  This “exclusive recovery” rule provides a more predictable system for employers and their insurance companies in a deliberate effort to keep the cost of insurance low for employers.  With a lower burden, the hope and expectation is that employers will be more productive and grow, providing a stronger economy and more jobs for workers.

What are the benefits of workers comp?

The main benefit for workers in the balancing act is that every accident is covered regardless of how it happened.  You do not have to prove your employer did anything wrong to be entitled to workers’ comp benefits.  The only thing you are required to prove is that you were injured as a result of a work accident. Many workplace accidents would not be something that you could sue your Employer for or would be very difficult cases to prove.  Others are an obvious fault of your employer.  Both are covered and there is no extra penalty for the ones where you could show fault.

The main benefit for employers is that what they have to compensate their injured worker is limited.  There are only two main items that work comp has to pay—medical costs and limited wage loss resulting from the accident.  There is no recovery for pain and suffering, no loss of enjoyment of life, no recovery for the effect the accident had on your relationship with your spouse.  In most systems your employer gets to select which doctors you see.  Also the wage loss is capped at a maximum and is less than you would get if you were able to sue directly under a negligence theory.  Death cases are also significantly reduced in the amount the family can recover.

It is important to have a lawyer who knows the differences in the rules that apply to your case.  We will always investigate to see if there is a way to get out of the system and sue someone who may be at fault for a less restricted recovery.  Sometimes you may have two cases—workers’ comp and a negligence case.

A brief outline of the main differences between personal injury and workers’ comp is below:

If you have been injured at work, please contact our office to discuss what benefits you should be receiving.  Although the laws differ for work accidents, our office offers representation on a contingency fee basis for nearly all such claims.  Meaning there is no upfront cost to you and no payment owed unless we obtain a recovery on your behalf.